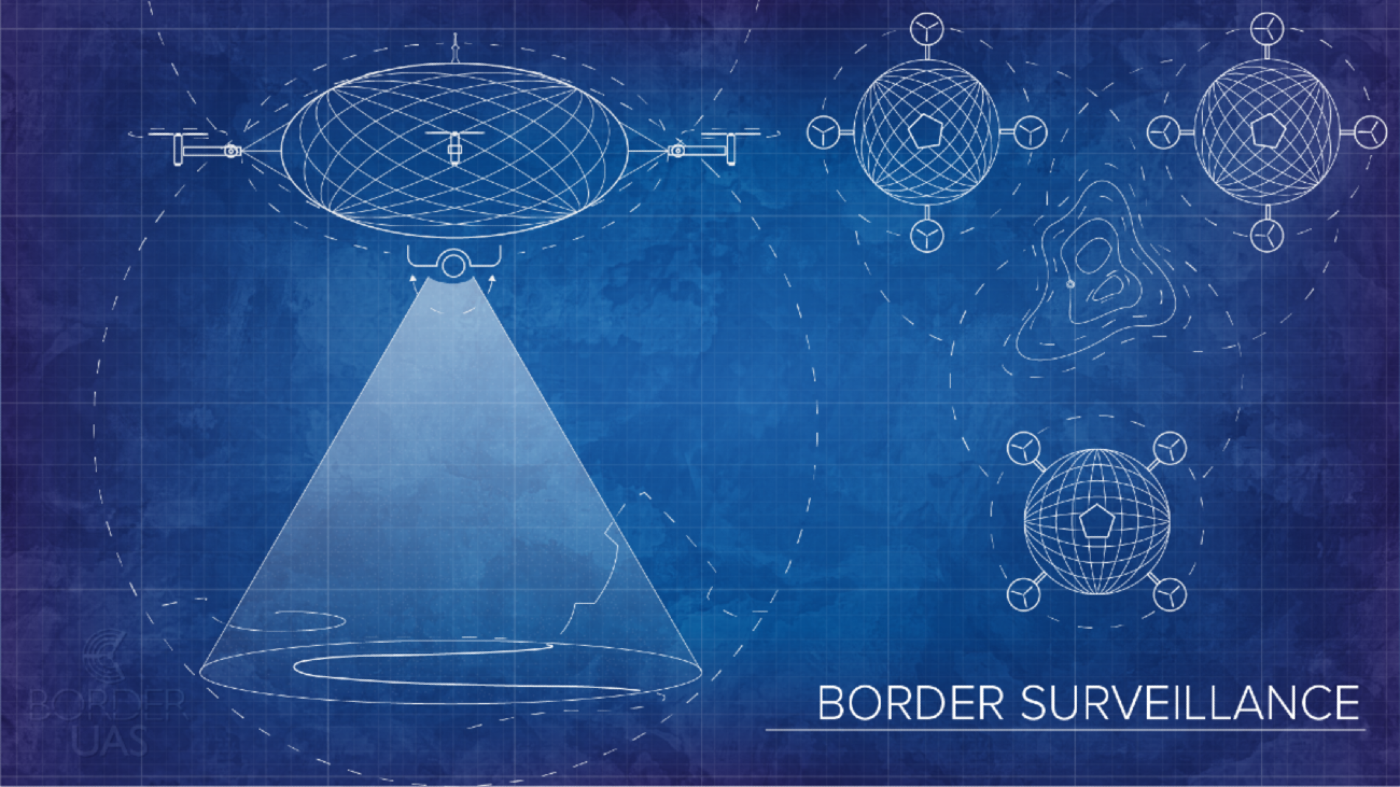 BorderUAS is a new H2020 research and innovation project on technologies which enhance border and external security. The project is funded by the European Commission, under grant agreement no 883272.

The extensive list of requirements derived from Border Guard Authorities focus on maximising the data collection and analysis of the surroundings. Applying the remote sensing technologies on such an unmanned aerial vehicle will bridge the interconnection between the physical world and the computer sensed ontologies through cutting edge data analysis and context awareness methods, supported by data fusion, feature extraction and perception. In this context, the efficient network communication for timely and secure border monitoring and surveillance will be also ensured.

The BorderUAS solution considers three major illegal migratory routes into Europe (Eastern Mediterranean, Eastern Balkan and Eastern Borders Routes). These routes represent 58% of all illegal border crossings detected and are also the most used for smuggling of drugs, weapons and stolen vehicles.

The project kicked off­ in June 2020 and it has already reached Milestone 1: all specifications and architecture are ready; the UAV subsystem design is also ready.

This milestone was under the responsibility of SIMAVI and was fulfilled in March delivering a concrete report on BorderUAS system’s architecture. The architecture was designed considering that the final system is modular, so that each component can be upgraded independently by the relevant technology provider, and facilitating reuse of existing building blocks.

The objective of the project is to optimize the surveillance systems in the European Borders developing an innovative yet cost benefit solution. Overall, BorderUAS aims to combine an unmanned aerial vehicle with an ultra-high resolution multi-sensor surveillance payload, in order to support border surveillance applications and, specifically, detection of illegal activities in difficult terrain. The final solution of the project will lead to a system that will be deployed further by the European border police.